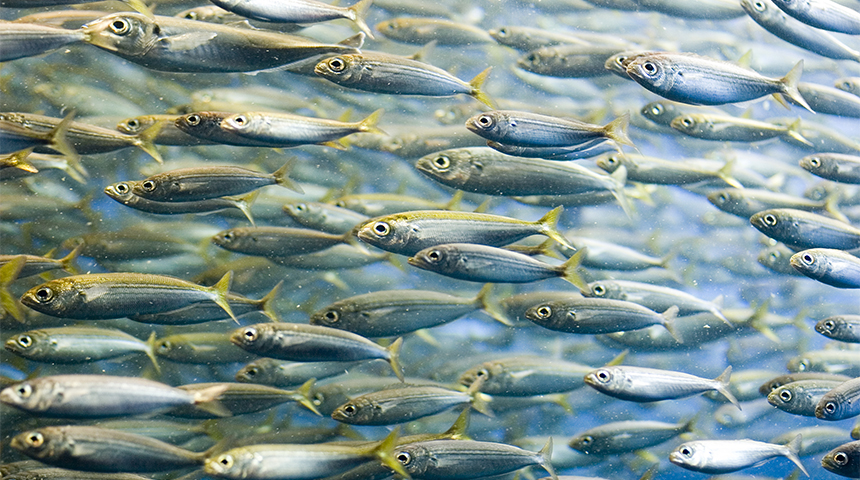 DoS, DDoS, and Zero-Day DDoS: What is the Difference?

Today’s modern businesses are heavily reliant on their ability to stay connected, both to internal mission-critical systems as well as external consumer-facing platforms. However, the necessity of operating in a multi-operational environment has left many businesses vulnerable to a popular form of a cyberattack – Denial-of-Service (DoS).

Denial-of-Service attacks are designed to cripple an organization’s ability to keep its services running efficiently. And these web-based assaults have only increased in severity over the years. Now, there are various methods attackers use, including DDoS and Zero-Day DDoS attacks, both designed to keep victims guessing while wreaking havoc on websites, databases, and connected businesses systems.

To combat these dangers effectively, however, it’s important to understand the difference between DoS, DDoS, and Zero-Day DDoS, and how your business can stay protected.

A Denial-of-Service attacks’ sole purpose is to disrupt or completely disable the service of its intended target. Company websites, digital sales platforms, and online customer databases are all examples of typical DoS targets. Unlike viruses or malware, DoS attacks are not dependent on specific software exploits or compromised access credentials to operate. Instead, they focus on tying up critical network resources, making it impossible for others to connect to the same service.

•    Buffer Overflow Attacks – These are one of the most common forms of DoS attacks and are designed to completely overwhelm a network with traffic until it can no longer function.

•    SYN Floods – Also known as a “half-open attack”, SYN floods work by starting connections with a targeted server but failing to send all the packet data required. As this process is repeated, it leaves numerous open port connections on a server, slowing performance and inevitably crashing the server.

Distributed Denial-of-Service attacks function in a similar way to their predecessors with one primary distinction – they use multiple, or “distributed,” sources to attack from. While standard DoS attacks may be easier to diagnose as individual IP addresses are recognized quicker, DDoS attacks are much more difficult to track and even more so to mitigate. By using multiple slave computers to bombard a single target, DDoS attacks are typically much more aggressive than DoS attacks and are capable of taking down larger systems.

•    Ping of Death – This is a form of Denial-of-Service attack that sends connection ping packets that are much larger than the server can process. Depending on the target system, multiple connection requests of this type will cause the server to reboot or crash altogether.

•    Slowloris – As the name implies, Slowloris is designed to be a “low and slow” attack on a server. These types of attacks use less bandwidth than other DoS and DDoS attacks and are therefore harder to spot. Multiple connections are created with the host site over time and kept open indefinitely, not allowing new requests to be open and cutting off service to legitimate users.

The term “Zero-Day” is a general reference to the use of new software and systems that have just launched or haven’t received their first batch of updates. Hackers will typically target these new systems in an effort to find vulnerabilities that developers haven’t noticed or have had a chance to repair. In network security configurations, Zero-Day attacks can be highly dangerous, as undetected exploits can create backdoors for hackers, allowing them to take control of their target’s systems unimpeded.

•    Teardrop – These attacks specifically target older operating systems that haven’t been updated and aren’t capable of reading fragmented data packets. When the system is unable to offset the fragmentation of these packets, it causes a denial-of-service condition.

•    Botnets – Hackers use Zero-Day exploits to take control of unsuspecting victims computers. Once they gain access, these computers are then used as slaves to assist in DDoS attacks, most times without the owners even knowing it’s occurred.

What are the Business Risks of DoS Attacks?

Denial-of-Service attacks can present several risks to both the reputation and sustainability of businesses of any size. If a company’s website goes out of commission for any amount of time, it could cost hundreds of thousands of dollars each day it takes to recover. Increased downtime of services can also cause irreparable damage to a brand’s reputation.

In addition to the negative impact they have on revenue streams, DoS attacks can also lead to system data loss or file corruption. In business environments where regulatory compliance standards need to be maintained at all times, DoS attacks can lead to a variety of legal and financial issues that can impact a business’s long-term viability.

How Can Your Company Stay Protected?

Keeping your business protected from a DDoS attack begins by taking a proactive approach to server management and cybersecurity planning.

•    Increase Bandwidth – Ensuring your server can support higher levels of bandwidth will give you the flexibility you need to address DDoS attacks while minimizing server downtime.

•    Establish a Backup Server – Creating a backup or “failover” in the event your primary servers become compromised will enable you to keep mission-critical systems operational in the event of a Denial-of-Service event.

•    Invest in Managed Security Services – To successfully combat a DDoS attack, early detection and response is essential. Managed security services can help your business mitigate the risks associated with Denial-of-Service attacks by providing 24/7 monitoring of your systems while immediately responding to suspicious network activity.

Today, DoS and DDoS attacks are some of the most dangerous cyberweapons that hackers deploy against companies. By understanding the risks they pose and taking proactive measures to keep your business protected, you’ll be able to lower the risk of being affected by Denial-of-Service attempts.

ArmorPoint is a security information and event management solution that provides a cost-effective and reliable way to continually protect your business from emerging threats. Through its customizable service pricing model, ArmorPoint’s cost-effective packages and dynamic levels of expert management support the security strategies of all companies, regardless of available budget, talent, or time. And since ArmorPoint offers 24/7 security support with a team of dedicated specialists, they can provide you with the manpower you need to expertly manage all of your cybersecurity initiatives. See how ArmorPoint can make a difference in your security posture with a risk-free 30 day free trial. 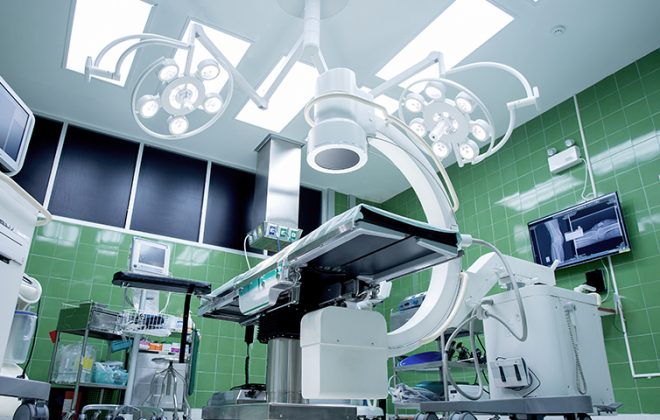 The Ultimate Guide to HIPAA Compliance 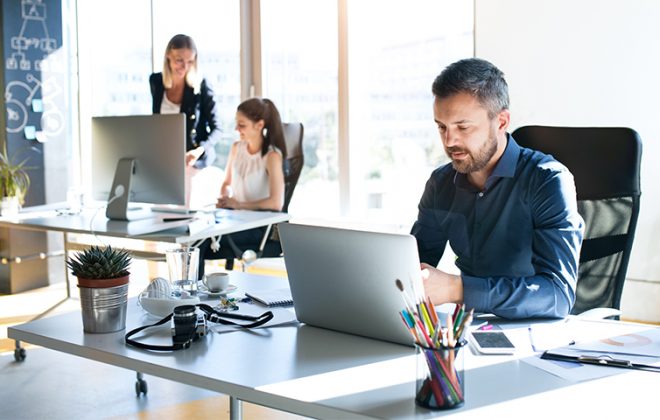 Deciphering the Data Compliance Landscape in 2019 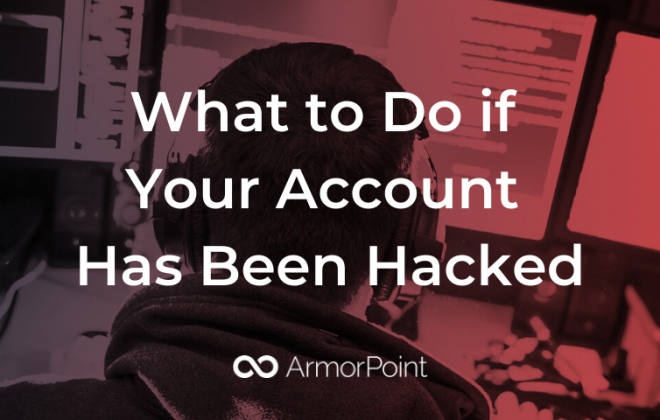 What to Do if Your Account Has Been Hacked

This website uses cookies to improve your experience while you navigate through the website. Out of these cookies, the cookies that are categorized as necessary are stored on your browser as they are essential for the working of basic functionalities of the website. We also use third-party cookies that help us analyze and understand how you use this website. These cookies will be stored in your browser only with your consent. You also have the option to opt-out of these cookies. But opting out of some of these cookies may have an effect on your browsing experience.
Necessary Always Enabled
Necessary cookies are absolutely essential for the website to function properly. This category only includes cookies that ensures basic functionalities and security features of the website. These cookies do not store any personal information.
Non-necessary
Any cookies that may not be particularly necessary for the website to function and is used specifically to collect user personal data via analytics, ads, other embedded contents are termed as non-necessary cookies. It is mandatory to procure user consent prior to running these cookies on your website.
SAVE & ACCEPT