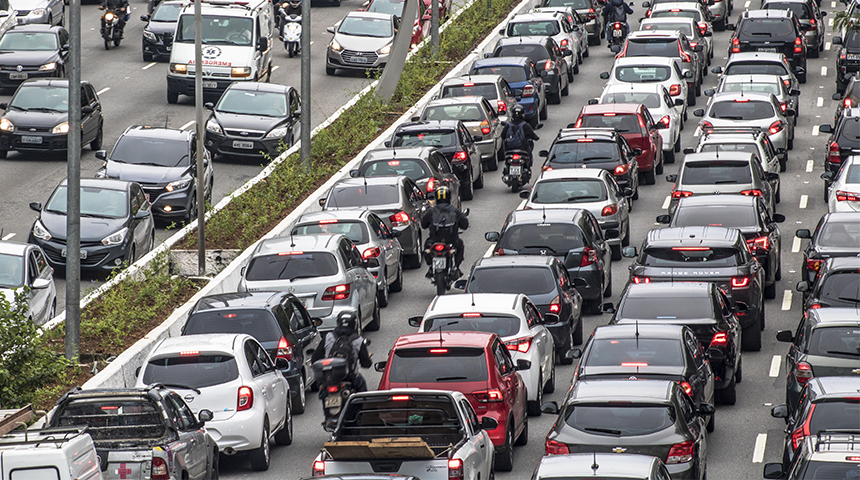 What is a DDoS Attack and How Can I Prevent One?

Have you ever merged onto a freeway only to find it flooded with a sea of red tail lights? Or you’ve run inside a Starbucks for a quick latte, and the order line wraps around the counter? Immediately, you have a change of heart, and all service comes to a grinding halt.

A DDoS attack affects your business in the same way, except it’s not only you whose frustrated, but your customers as well. Your consumers pay an equal share of disappointment by losing access to a product, service, and a more significant deal with higher stakes than a $5 latte. To make matters worse, DDoS attacks have nearly tripled since 2014, and over 80% of attacks use several tactics, rendering a defense plan harder to deploy for IT teams.

Despite the high skill level of modern hackers, a DDoS attack can be a anageable threat with the right strategy. To ensure that your business stays protected, here’s what you need to know about DDoS attacks and how you can prevent one:

What is a DDoS Attack?

A DDoS attack is a distributed denial-of-service strike that disrupts the way a website functions. Hackers try to flood a server or network with tons of traffic, making online services impossible to reach.

Here are three types of DDoS attacks that can occur:

Whether it’s a tidal wave of inbox messages or fake contact requests, the sheer amount of requests overrides your system and causes it to shut down. The bigger issue, on top of the system shutting down, is discovering what happened and where the breach came from. This burdens your team with the task of identifying which piece of equipment or application led to the breach, which unknown location was vulnerable, and how to prevent such events from happening in the future.

Determining the risk level of a DDOS attack depends on the complexity of your infrastructure.

For example, an e-commerce business facing a present-day DDOS attack is subject to all three attack types (volumetric, protocol, and application). The main defense to this type of attack is a firewall which creates a barrier to prevent malicious threats. This defense method’s downfall is that firewalls are ineffective against a dynamic strike (which is the combination of attack methods).

Arbor’s 12th Annual Worldwide Infrastructure Security Report states that 36% of e-commerce businesses fell prey to DDOS attacks in 2017. Other industries, such as government, financial services, and education, were within a 5% difference of threat levels. In addition, Neustar’s 2016 Worldwide DDOS Attacks and Protection Report claims that 73% of retail businesses suffered from a DDoS attack with 83% of respondents undergoing many attacks per year. Both tech and financial service respondents had similar results, except roughly 30% of them experienced an attack every month.

With the modern savvy that attackers have today, a single defense strategy is no longer a safe option. Security tactics, like firewalls, cloud services, and on-premises appliances must work together to offer protection on all fronts.

How Can I Prevent an Attack?

Considering the mitigation tactics above, here are a few things you can do to make a DDOS attack less likely:

One of the most effective steps you can take to prevent a DDOS attack is to use a dedicated DDOS protection service. By merging outside and in-house resources, a DDOS-as-a-service provider offers a security plan that responds to threats immediately, maintains compliance, and prevents attacks by filtering out malicious traffic and downloads. The only downside to a DDOS provider is that services are limited to a specific security threat, rather than a multitude of protection features to counter various attacks.

As a primary line of defense, you should configure your firewalls and routers with security updates to better detect faulty traffic. With mainstream hardware, you can scan network traffic before it makes contact with a server. In return, data receives an identity that allows IT teams to locate threats and remove them. Although they’re useful, keep in mind that firewalls and routers only identify security threats, whereas extra measures are needed to prevent them from making an impact.

A cloud-based solution gives you more bandwidth and cutting-edge resources to watch your traffic at all times. Also, cloud-based applications sift through data before it lands at a destination, flagging and removing malicious files upon sight. IT teams who manage cloud services conduct thorough searches for DDOS attacks and other harmful ploys carried out by hackers. Overall, the benefits that cloud providers offer are versatile, but the cost for businesses to ditch legacy strategies and make a full cloud-based transition is often too high.

Investing in an MSSP gives you the freedom to focus on parts of your business that drive customer engagement. More importantly, reliable protection means that you can engage with your audience to increase profits, rather than losing viewership to major site failures. With 24/7 support, expertly managed security initiatives, and affordable rates, you can trust that when an attack strikes, someone is there to thwart the blow.

Integrative strategies that use anti-virus software, firewalls, secure routers, managed services, and cutting-edge technologies almost guarantee security from the majority of DDOS attacks. New attacks are being generated all the time, and what’s current one day may not be suitable the next. There’s only so much you can do when the technological landscape is always changing, which is why finding the right support is paramount to your success. ArmorPoint protection places threat intelligence at the helm of your business, making DDOS attacks less of a threat.

Are you ready to Armor Up? Contact a representative today to learn more.

ArmorPoint is a security information and event management solution that provides a cost-effective and reliable way to continually protect your business from emerging threats. Through its customizable service pricing model, ArmorPoint’s cost-effective packages and dynamic levels of expert management support the security strategies of all companies, regardless of available budget, talent, or time. And since ArmorPoint offers 24/7 security support with a team of dedicated specialists, they can provide you with the manpower you need to expertly manage all of your cybersecurity initiatives. See how ArmorPoint can make a difference in your security posture with a risk-free 30 day free trial. 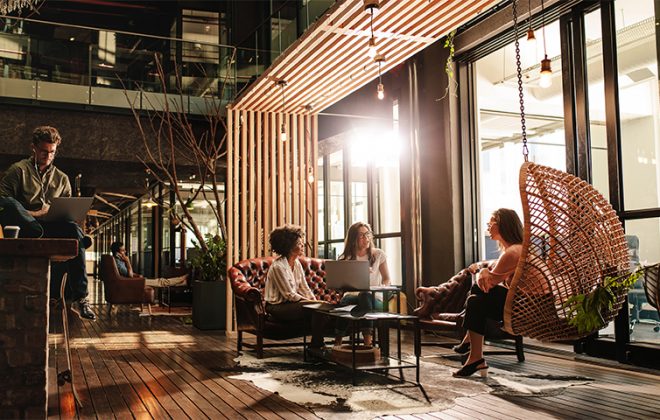 Dollars in the Dark: Solving for Shadow IT 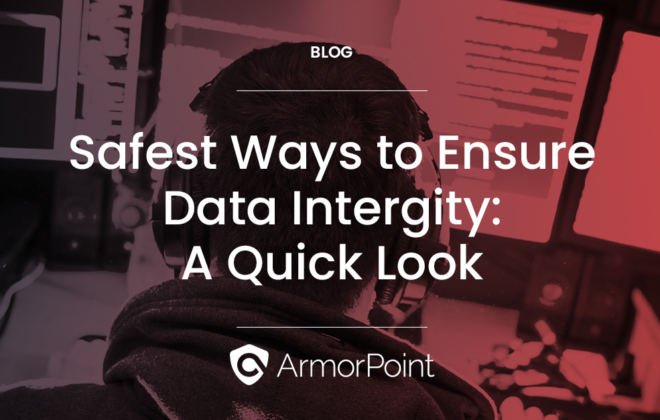 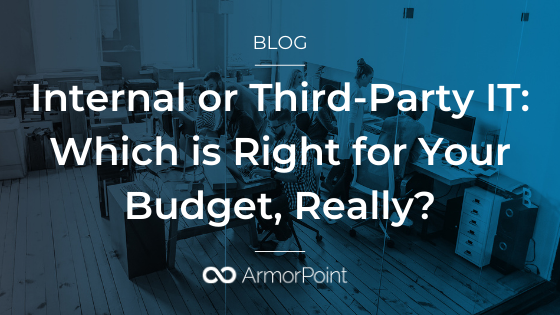 Internal or Third-Party IT: Which is Right for Your Budget, Really?

This website uses cookies to improve your experience while you navigate through the website. Out of these cookies, the cookies that are categorized as necessary are stored on your browser as they are essential for the working of basic functionalities of the website. We also use third-party cookies that help us analyze and understand how you use this website. These cookies will be stored in your browser only with your consent. You also have the option to opt-out of these cookies. But opting out of some of these cookies may have an effect on your browsing experience.
Necessary Always Enabled
Necessary cookies are absolutely essential for the website to function properly. This category only includes cookies that ensures basic functionalities and security features of the website. These cookies do not store any personal information.
Non-necessary
Any cookies that may not be particularly necessary for the website to function and is used specifically to collect user personal data via analytics, ads, other embedded contents are termed as non-necessary cookies. It is mandatory to procure user consent prior to running these cookies on your website.
SAVE & ACCEPT